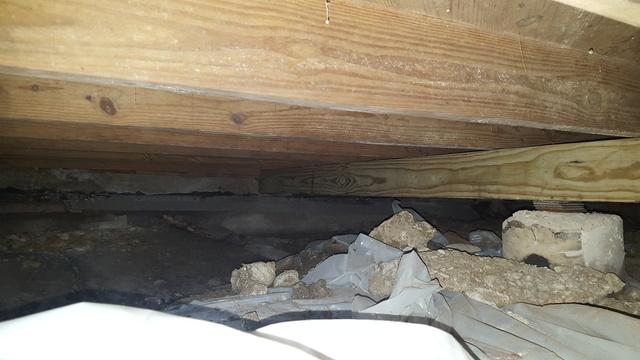 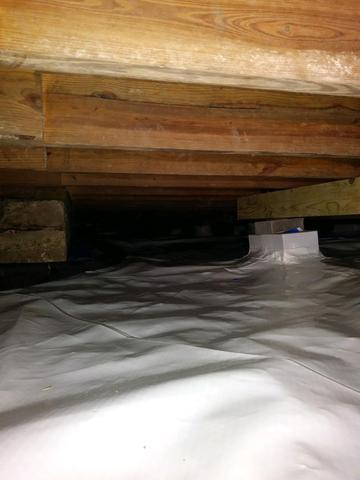 Homeowners in the DFW Metroplex were concerned about leaks and water damage to their crawl space. They knew they needed to do something, so they called the professionals at Olympic Restoration Systems.

To solve the problem, we first installed a SmartSump pump system with liner, cast iron pump, CleanPump Stand, airtight lid with airtight floor drain and WaterWatch alarm system. We used an EZ Flow perimeter drainage system at the bottom of the interior perimeter grade beam walls to collect and direct moisture to the sump pump. A CleanSpace 20-mil crawl space vapor barrier was used to create a barrier between the earth floor and home. A CleanSpace drainage matting under the CleanSpace vapor barrier was used to facilitate moisture flow to the sump pump, keeping the vapor barrier off the ground and providing additional insulation. After regrading the ground in the crawl space for proper slope and drainage to direct water seepage to sump pump, we installed a small pump to move water from the dehumidifier to the sump pump. Two wireless sensors which send constant temperature and humidity readings to a digital display inside the house and a SaniDry Sedona dehumidifier were used to control the humidity in the crawl space and assure the owners that there were no more moisture issues.